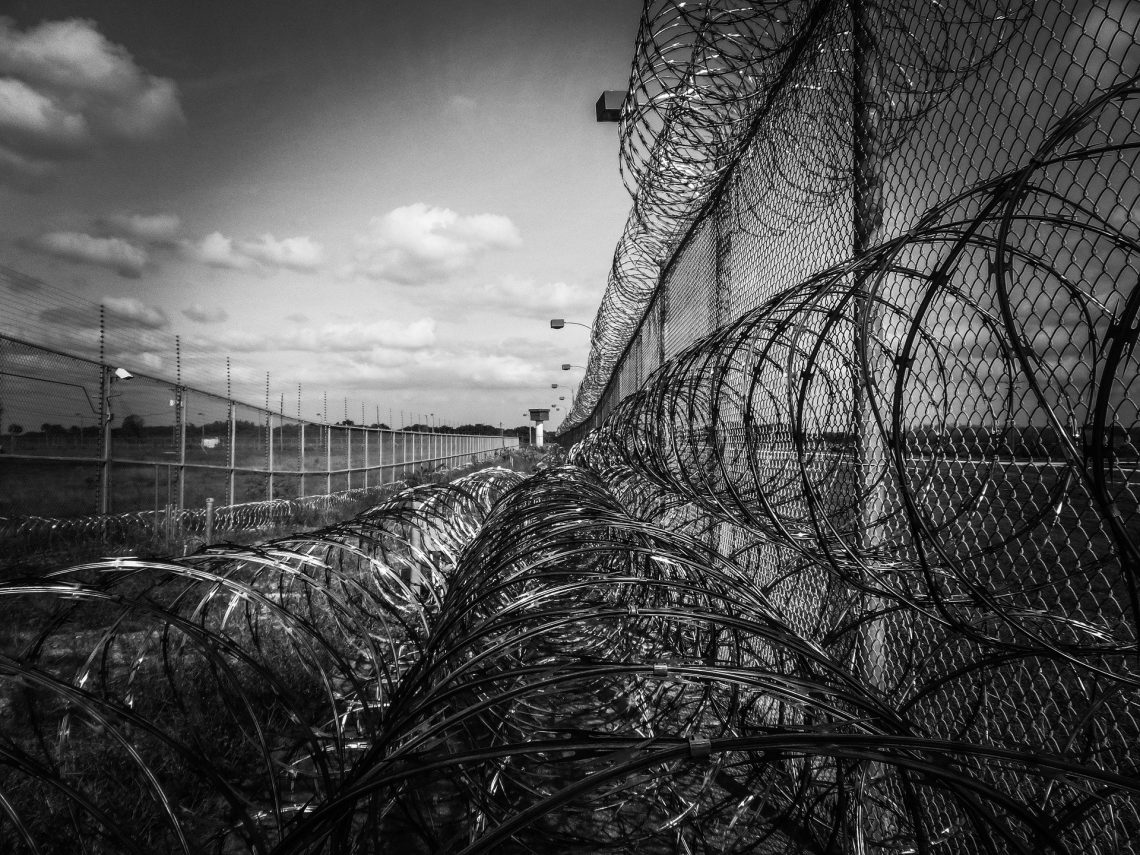 The other day, I watched a John Oliver episode that horrified me. In this episode, he talked about the camps that are in China, and who’s being held in them. I vaguely remembered listening to podcasts last year about the subject, so I decided that I wanted to dig deeper into it to learn more.

Who Are the Uighurs?

The Uighurs are a Muslim minority group that lives mostly in a northwestern Chinese province called Xingjiang. The group speaks Turkic and they originate from central and east Asia.

In Xinjiang, most of the population used to be Uighurs. Within the past few decades, the Chinese government started moving in Han (Chinese) residents.

Tensions have been rising between the Uighur and the Han populations for years, with several events causing it to worsen. In 2009, rumors circulated about Uighur factory workers assaulting women. When two workers were confronted by Han factory workers, it resulted in the two Uighurs being beat to death.

Protests began to bring attention to the death of the two Uighur workers. During these protests, businesses were burnt and people were attacked. Hundreds of people died and almost two thousand were injured.

Protests started out as peaceful, but when the Chinese paramilitary were sent in to deescalate the protests, they began firing ammunition into the crowd.

Chen Quanguo is a Chinese politician is a man who ruled in Tibet for five years. During those five years, he instated a larger police force and gained significant control over minorities living there. Along with the giant police presence, Quanguo started adding a surveillance system to watch the people in Tibet.

When talk of replacing Chinese Secretary Zhang Chunxian started in 2016, the government was planning on replacing him with someone who was a close ally of Xi Jinping. Because of his accomplishments in Tibet, Quanguo started being looked at as a potential candidate.

After he was appointed, Chen Quanguo quickly began to use the same tactics that he had used in Tibet. A larger police presence and surveillance systems were put in place–specifically in the Xinjiang province. Quanguo ordered for the police to “round up everyone who should be rounded up”.

Police checkpoints are set up everywhere, forcing people to stop to get their I.D. scanned, or to take a picture of their face. What this does is tell the government everything about them, forcing control of the population. The mass surveillance is being targeted at the Uighur people, but the Chinese government is planning on using these technologies on their other citizens, and sharing them with other countries.

While everyone is being watched, people are also being arrested when they haven’t committed a crime. People have been arrested for growing a beard, having a Quran in their house, using technology or simply going to worship at a mosque.

Since there are no rules on what could get them arrested, many Uighurs have been arrested without any idea why. They are then taken to camps that China is calling “re-education camps” where they are forced to listen to Chinese propaganda and sing songs about China being a great country.

With the Chinese government being in total control of the information that is getting out, a lot of their own people were unaware of what was going on. In fact, we still aren’t sure how much the population has been told. Videos of the camps were taped in camps in a way that make it look like it’s helping the Uighur people.

Few people who have been in these camps have spoken out, in fear that they or one of their loved ones would be punished for talking. In a New York Times podcast (linked below), a woman who had been arrested and sent to one of these camps multiple times spoke out.

The camps are overpopulated, with several people being held in one cell. Prisoners have had to use buckets in order to use the bathroom, and guards have been known to get violent.

The Chinese government have managed to keep everything quiet because of the fear that they are instilling in the population. People who escape are afraid to say anything because family members that are still in Xinjiang could get punished.

A man who spoke out to the New York Times was threatened to stop talking or they would kill his mother. Because of how long they had already been separated and the low chance he would ever see her again, he continued on. Plus, that’s what his mother wants. An interview with his mother was released in December. We haven’t had an update from the NY Times since then.

Some family members who leave Xinjiang for school returned home to empty houses, with their family members missing. The police were provided a book with answers to give if anyone questioned where the missing people went.

Obviously, there are a lot of rights being violated for the Uighur people in China. There are a lot of parallels between the suppression of this group and other groups in history. The camps have been described as “concentration camps” by many different people, and based on what I’ve read, I would agree.

Along with being watching closely and being forced into silence, people who have been detained have been treated horribly. They have horrible living conditions and are unable to get medical help at times. Some have been forced into medical testing in which they don’t receive the results.

People who have family members who have spoken out have been tortured and questioned, and are sometimes forcibly given injections that may cause sterilization.

Relatives who haven’t been arrested have blocked out family members from their lives in fear of being punished for their family members’ actions. Some people have been able to escape, but those who do lose touch with friends and family, and often are unaware of their loved ones’ safety.

Because China has been in control of the information from the beginning, it was shocking to find over 400 documents leaked. Through these documents, we learned a lot of what I talked about above. There is still so much unknown about the concentration camps, and not many people have stood up to China concerning the poor treatment of the Uighur people.

What really bothers me is that I had heard about this happening a while ago, but I felt so far removed from it that it upset me while hearing about it, but then I forgot about it. I heard about it again, and after researching, I’m baffled that no one is talking about it.

People question how so many people were killed in the Holocaust all of those years ago, but there are concentration camps going on now and no one is talking about it. That’s how the Holocaust happened. People, like me, felt so far removed from the topic that they didn’t discuss it.

My takeaway is that we need to learn from our mistakes. If we don’t, history is bound to repeat itself.

John Oliver is a talk show host who focuses on a topic each week. His team researches that topic and then Oliver does a comedic show to talk about the information that they found out. Last week he did a show on China and the Uighurs.

Over the past year and a half, the New York Times have been investigating the camps in China. There have been multiple podcasts released with interviews of people who have family members in the camps, or even people who were in the camps themselves. I listened to all of these to help me with this post, and I highly recommend them:

As always, I wanted to link more resources for you to read more if you would like to further deepen your understanding on this issue: more about the history of Uighurs, another story about a family member being arrested, and Trump’s reaction to the Chinese camps. 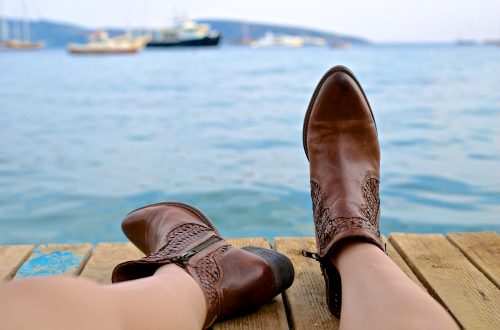 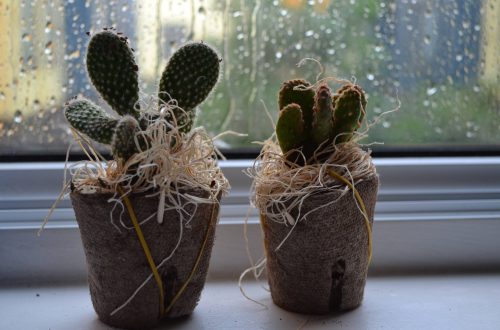 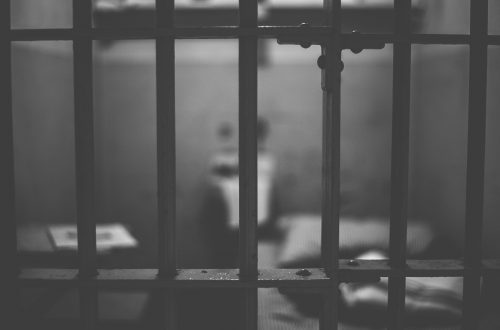