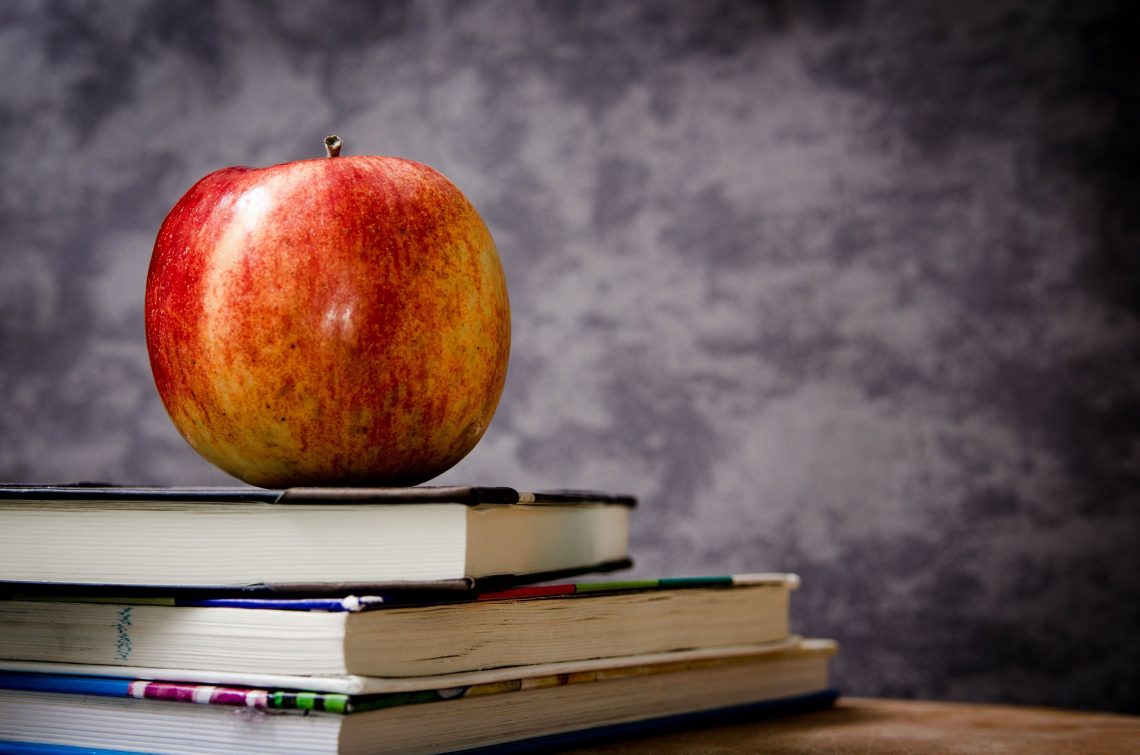 No one ever said that teaching would be easy. It was insinuated by many adults in my life while I was growing up, and my teachers made the job look effortless, but I knew that it wasn’t. I was sure that this was my calling, and that I would be good at it. I also was aware that the first year or two were going to be rough, but I had no clue just how hard.

This series is mostly for me to remember how I started and how far that I’ve come these past few years. I’ve gone through a lot in just three years, but I’ve learned from all of the challenges that I faced.

I graduated with a Bachelor of Science in Education with certifications in Early Childhood Education and Special Education from Slippery Rock University in May of 2017. Before too long I was well aware that it would be difficult to find a teaching job where I was from, and decided that I would have a better chance at finding one if I moved out of state.

My boyfriend–now husband–and I decided to move somewhere warmer with more diversity, and I wanted the chance to live in a city. With research and luck, we decided on moving to Atlanta, Georgia. Jeremy was able to get transferred to a position there, and I was able to apply to jobs without having to take any more tests (different states have different requirements).

I don’t remember too much about interviewing–other than I met some wonderful people and had some great discussions. All of my interviews were done over Google Meet because I was still in Pennsylvania preparing for the move.

There were a few principals who were horrible and I already decided in the middle of the interview that it wasn’t a good fit. One principal was more inviting–and convincing–than the rest. I was offered a kindergarten teaching position at a low income school in an area outside of the city. I wasn’t sure about teaching kindergarten, but since we were moving soon and I still didn’t have any other leads, I considered it.

Because the principal seemed so nice, and she used a few other points to persuade me, I accepted. After securing a position and knowing that I would soon have my very own classroom soon, I was thrilled. I started buying supplies and resources to get ready for my first year of teaching, then focused on moving across the country.

Jeremy and I drove down to Georgia in the Uhaul, leaving our cats behind for a few days. We unloaded the Uhaul and Jeremy flew back to Pennsylvania to finish up some things with work. He would drive his car down with the cats and a few last minute things later on. Aside from the move being exhausting and not the best experience, I was so excited to be in our new home.

While Jeremy was back in PA, I spent time unpacking until I was able to get into my classroom. I got an email a couple days later saying that I was able to go in and start working on it, and I was in my car on my way there that day.

When I pulled up to the school (I had not seen it yet since I got interviewed over the computer), I was sad to see the state of the building. It looked like it had been abandoned years ago, and the inside wasn’t much better. The building was old, and it showed.

I was shown to my classroom by one of the incredible custodians, and almost cried right there. It was huge, and it was mine, but it looked like a storage room. There was so much stuff, and it was everywhere. It was going to take me forever to clean it. I could barely walk around the room without bumping into something.

So I got to work. I started moving things around and filling up the huge garbage cans. I pulled in a couple of bins that I had full of teaching supplies that I packed in my car. After dumping one of the bins and actually crying a little, I decided that I would have to come back again with cleaning supplies, a better mood, and at least some music to listen to.

When I went back to my car, it wouldn’t start. The battery was dead. After crying again, I dried my eyes and went back inside to see if anyone could help me jump it. Not the best way to experience my first classroom.

My mom and sister flew down to Atlanta to keep me company while Jeremy was gone. They ended up spending all week with me in my classroom ridding it of decades of crap (I found stuff from the 1960s), and helping me clean it. I think we got rid of eight huge garbage cans of old crap.

I found a lot of treasures while we cleaned. There were so many craft supplies and pencils that I still have some to this day. By the end of the week, it was cleaned, organized and decorated. It looked like a kindergarten classroom! I was ready to start the year.

Throughout the week that I was cleaning my room, I got the chance to meet some of the teachers who I would work with, but I didn’t get to talk much to them since we were all busy in our rooms. I didn’t get to really talk to some of my colleagues until new teacher orientation.

The meeting was filled with so much information that I thought my head might explode. I sat at a table of other first year teachers, and found out that they would all be teaching third grade. Luckily the information was split for K-2 and 3-5 so I could tune out some of the testing stuff.

The other new teachers were really nice, and I was kind of sad that I wouldn’t get the chance to work with them closely since we would be teaching different grades. I hoped my team was as nice as the third grade team.

The first day of pre-planning was one week before school started. The week was used to work in your classroom and prepare for school starting. We also had open house, where students and parents came in to meet the teacher. Luckily, I already had my classroom done so I could work on planning.

She told me that the numbers in kindergarten were too low, and there weren’t enough kids to form a class for me. Luckily, they had a third grade position open still, so they were going to move me to third grade to teach ELA (reading and writing). I had to move my perfect kindergarten classroom down the mile-long hallway to my new classroom. In a week. And be ready for school starting in a week.

I walked into the empty third grade room and cried again. School hadn’t even started yet and I had cried a lot. That should have been my first red flag, but I thought the worst was over.

Before I was able to even start on my second classroom, I had to sit through meetings all morning–none of which I remember because I’m pretty sure I was having a panic attack through the whole thing.

With help from the custodians and some teachers who couldn’t get into their trailer classrooms yet (another red flag). They convinced me that I could still use a lot of my materials because I would be teaching a lot of English language learners.

I got to meet some of my students during open house, having to stop working on my room to fill out some paperwork for each student that came through. I was excited to meet them, but wasn’t able to give them my full attention like I wanted to.

Luckily, with some help and a lot of work, I was ready for the first day of school. My classroom looked okay, and I was starting to accept the fact that my first year of teaching would not be what I had expected. I was excited to work with some wonderful first year teachers, and my students were excited to start school.

Looking back, it was a blessing in disguise that I got moved from kindergarten to third grade. I love working with older elementary students because they are a lot more independent. That, plus they get my jokes. I know that now, but it was really hard to adjust that quickly as a new teacher. I’ll a continue my teaching saga in my next teaching post. Until then, happy learning! 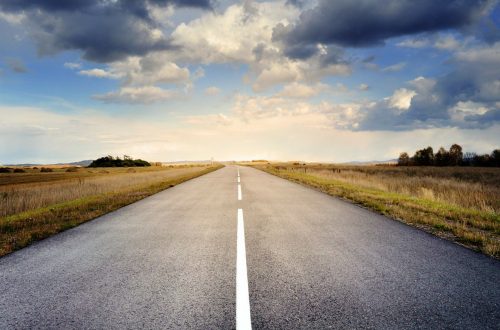 Transitioning from Georgia to Ohio 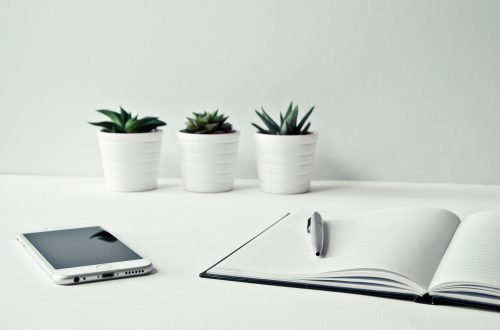 Teaching Update: Teaching During a Pandemic 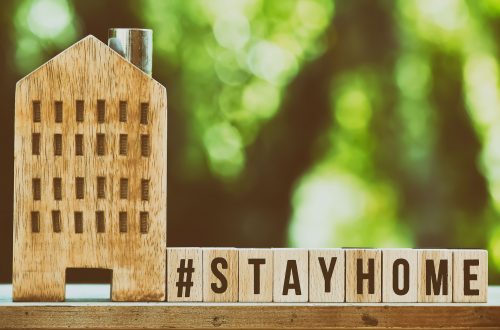